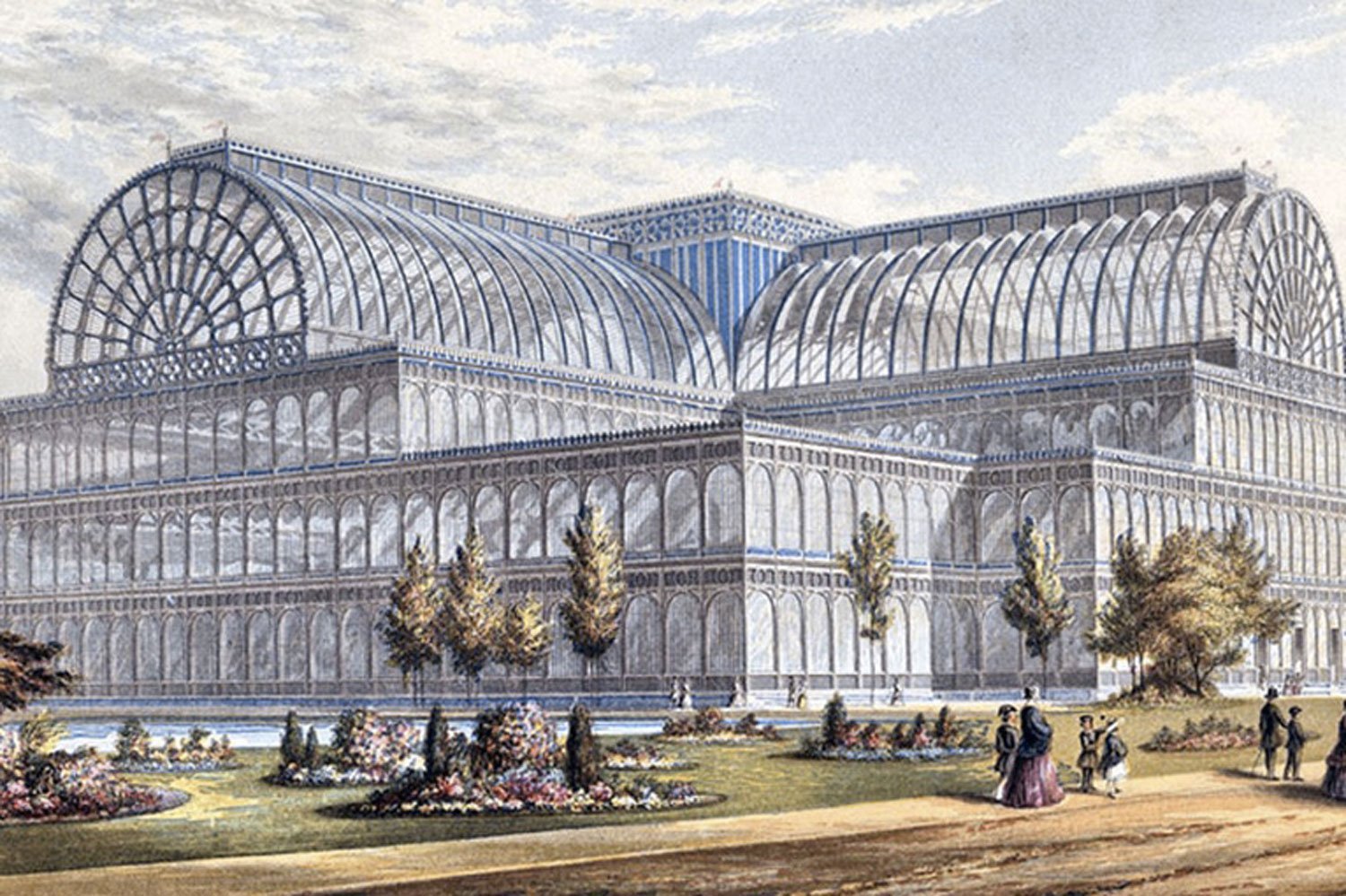 The Crystal Palace was an enormous Victorian style building, constructed in London in 1851 to host the first Great Exhibition. Built in Hyde Park, the building was disassembled and rebuilt in another part of the city, Sydenham Hill in 1852. The team of designers was led by architect Joseph Paxton, esteemed gardener and builder of green houses. The structure was not only constructed in a very short time, just nine months, but was unlike any other architectural project of the era, featuring the use of two materials for the entire building that had never been used for such applications: steel and glass.

The Crystal Palace was a modular structure, whose basic foundational unit was a square measuring 7.3 meters. The main floor of the building was made of 77 x 17 of these units. 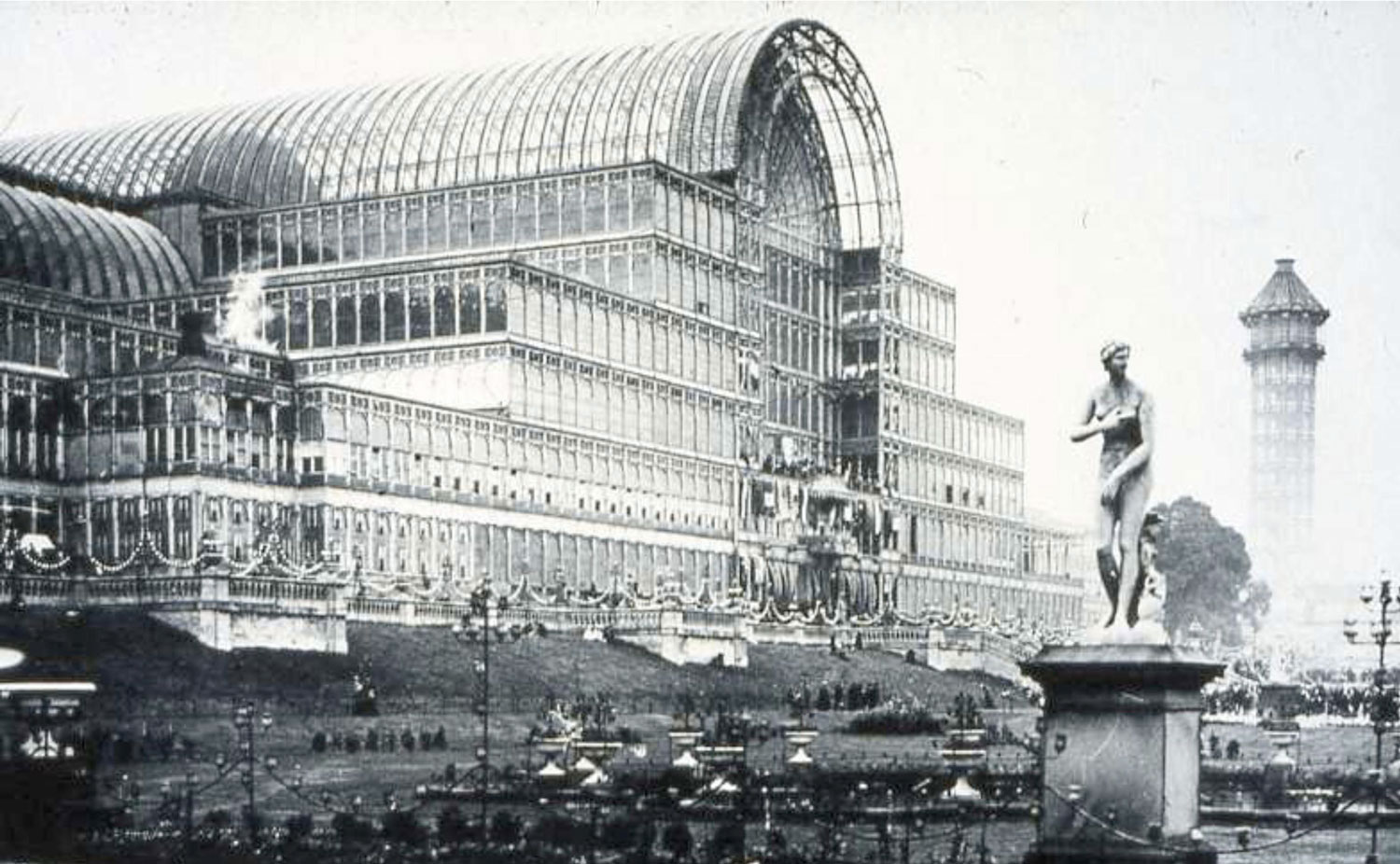 This added up to a total surface area of 84,000 square meters. The various exhibition spaces were distributed according to the framework of the various squared elements equal to them. London’s Crystal Palace was destroyed in a fire on November 30, 1936.