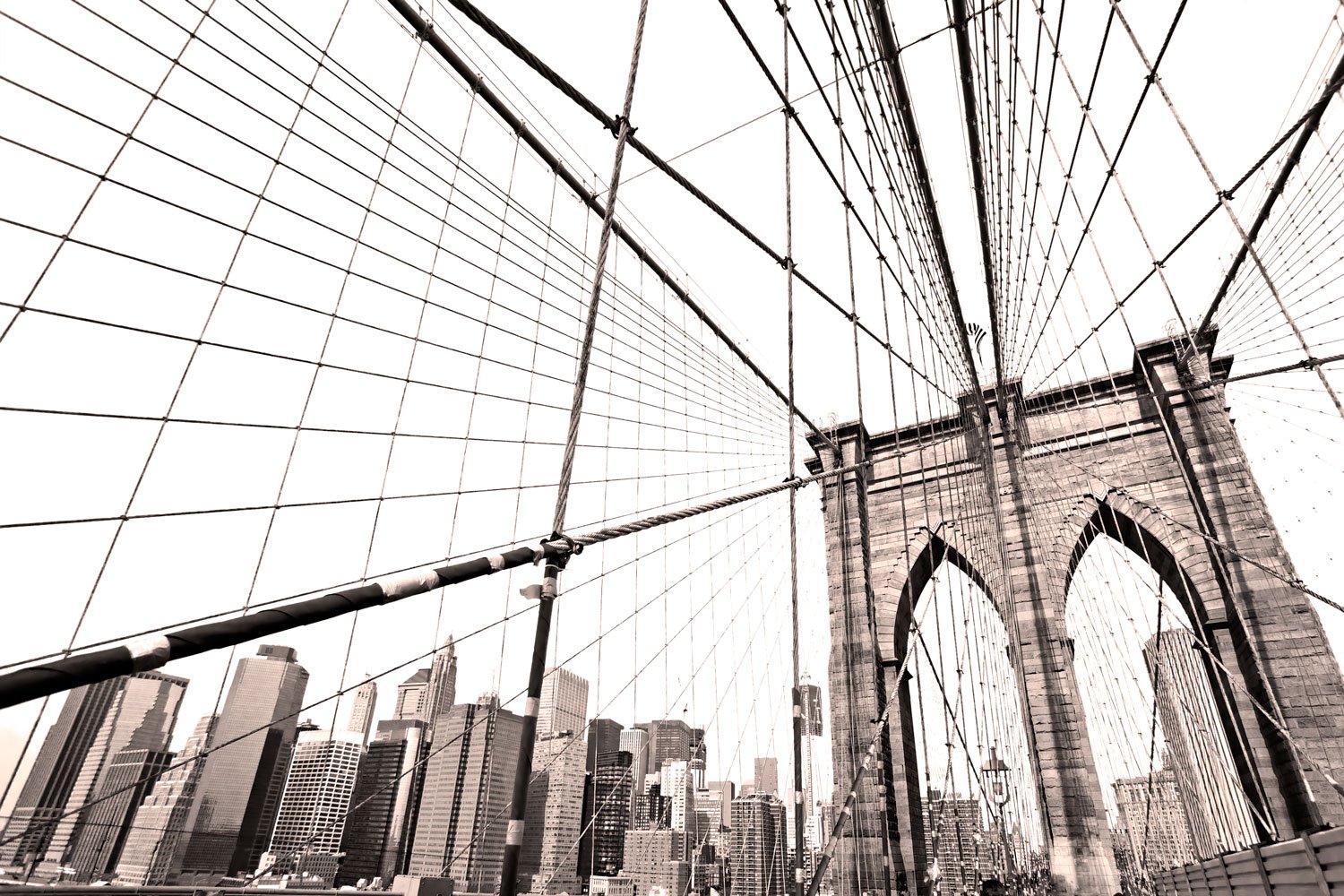 Designed and built by German engineer John Augustus Roebling, the Brooklyn Bridge crosses the East River and connects two boroughs that once were separate cities in the state of New York – Manhattan and Brooklyn. For many years the bridge was the longest suspension bridge in the world, and was the first bridge built from stainless steel.
Measuring 84 metres in height, 1825 in length and 24 in width, the Brooklyn Bridge is known throughout the world and should be crossed at least once! Finished in 1883, its construction began in 1867, and required the work of more than 600 construction workers, for a total cost that is estimated at 15.5 million dollars. The base of the bridge is built from stainless steel beams, each weighing four tons. The beams are then secured to vertical tie rods to guarantee its stability. 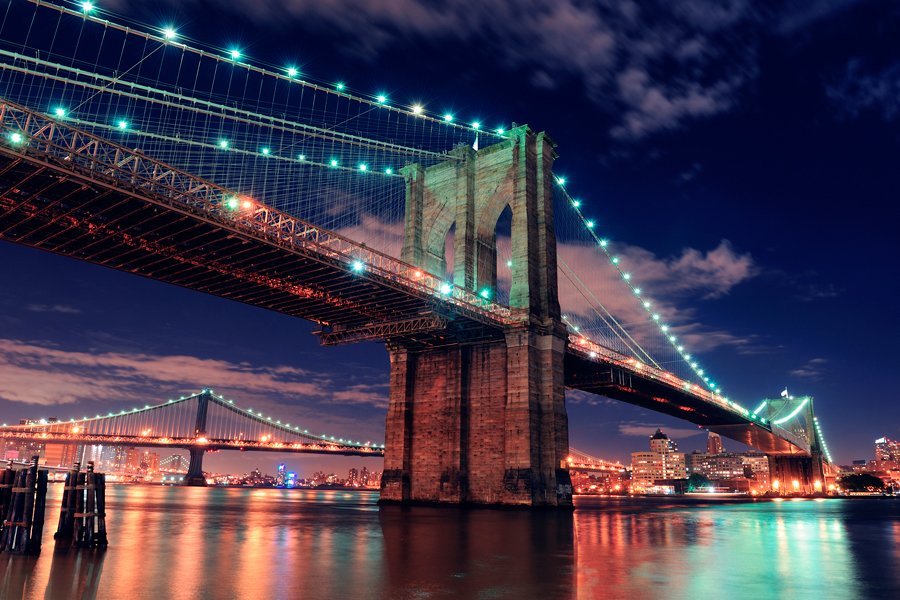 The bridge is made of four steel cables that are secured to anchors which are attached to slabs inside of granite caps. Each cable is made of five thousand metres of zinc galvanized stainless steel wires that are resistant to environmental effects.
A fun trivia piece surrounding the name of the bridge: originally it was going to be called the “New York and Brooklyn Bridge” and then “East River Bridge”. It received its official and final name, “Brooklyn Bridge”, in 1915.