Warning: Parameter 2 to qtranxf_excludeUntranslatedPostComments() expected to be a reference, value given in /home/customer/www/blog.inoxstyle.com/public_html/instyleblog/wp-includes/class-wp-hook.php on line 303 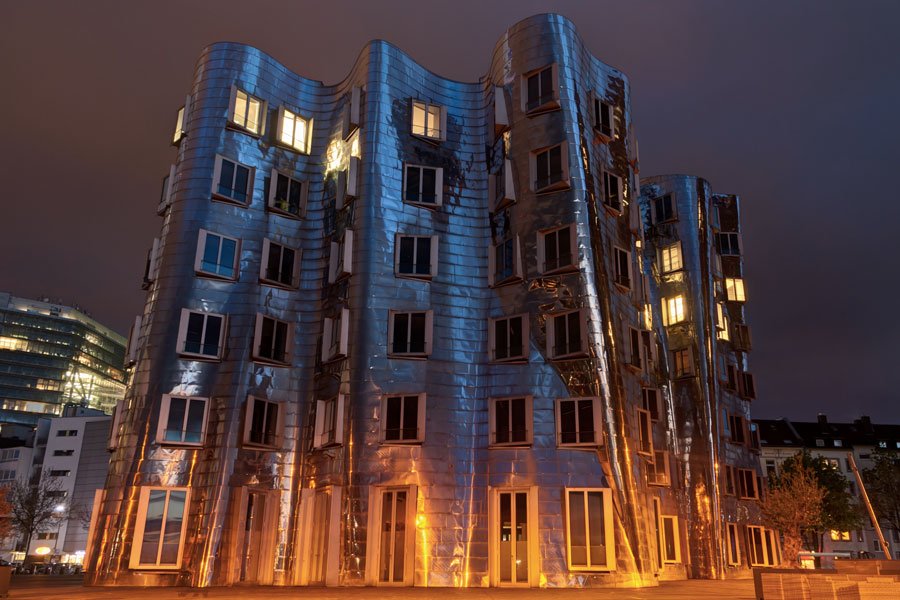 Overlooking the Dusseldorf port on the Rhine river, in an area known as Medienhafen, this post-modern architectural complex is sure to capture the attention of first time visitors to this German city. Neuer Zollhof consists of three buildings, designed by Canadian architect Frank O. Gehry. The complex was built from 1996-1998 in the space that was once occupied by the city’s customs building. Gehry, designer of the Guggenheim Museum in Bilbao and the Walt Disney Concert Hall in Los Angeles, has built a wonderland of silver and geometric forms. The centre of the complex features two oblique and interconnected towers that measure 50 metres in height. 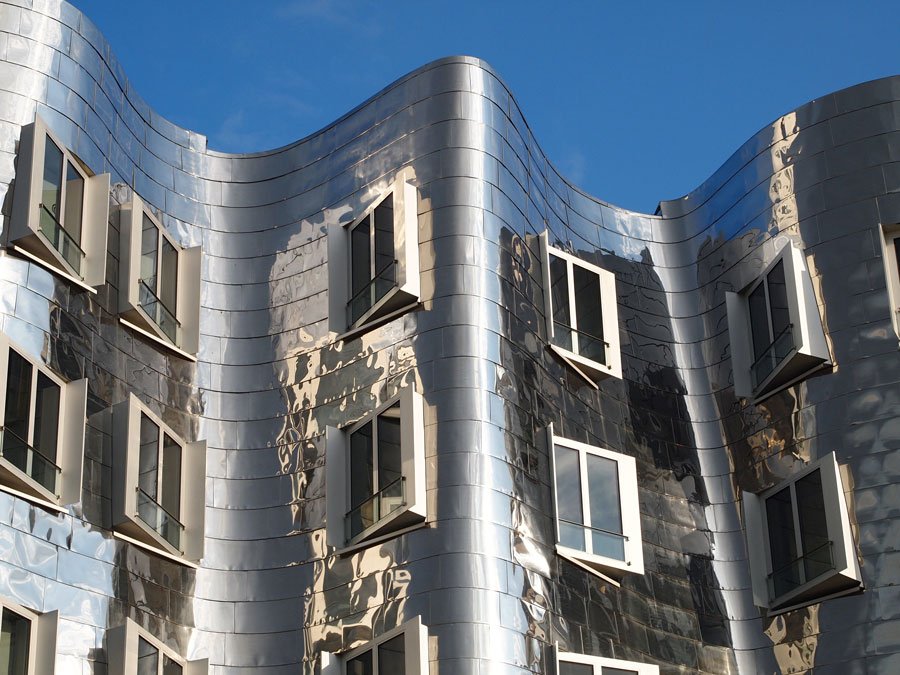 The central tower’s facade, covered completely in stainless steel, enchants with its bay windows that resemble human eyes and its sloping floors.
Other buildings in the Medienhafen area include Capricorn Haus, whose glass exterior features photovoltaic panels for the building’s energy management, and the Rheinturm, Düsseldorf’s telecommunication tower.