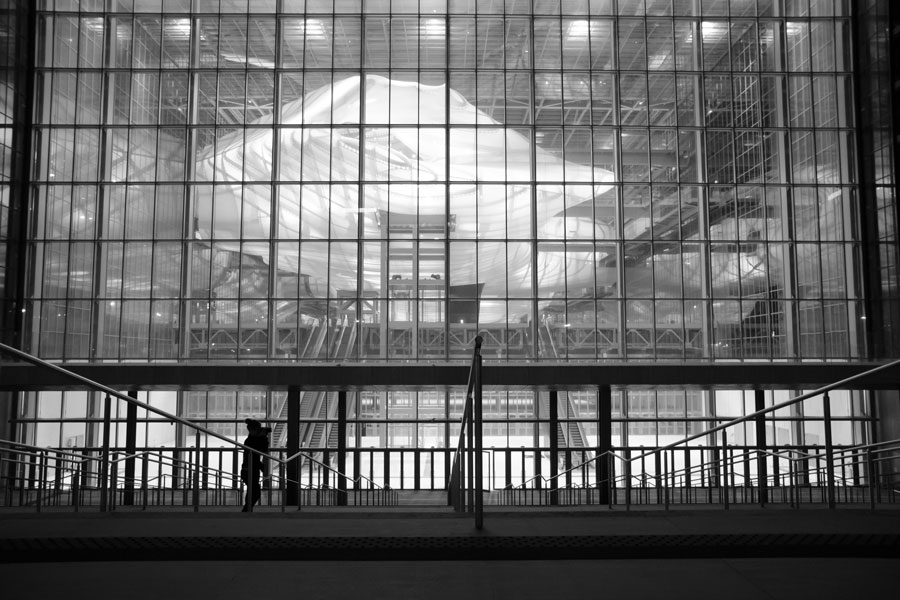 Inaugurated on October 29, 2016 in Rome, the Nuovo Centro Congressi was designed by architect Massimiliano Fuksas and is a futuristic building designed to host events like conferences, shows, and conventions. In the works for 18 years, the building cost more than 239 million Euros.
Known to the public by “Nuvola di Fuksas”, the Nuovo Centro Congressi measures 55,000 square metres, is located between Viale Cristoforo Colombo, Viale Shakespeare and viale Cristoforo Colombo, viale Shakespeare e viale Asia, and is divided into three separate sections.

– The “shrine” which houses the so-called “Cloud”, the auditorium with 1850 seats 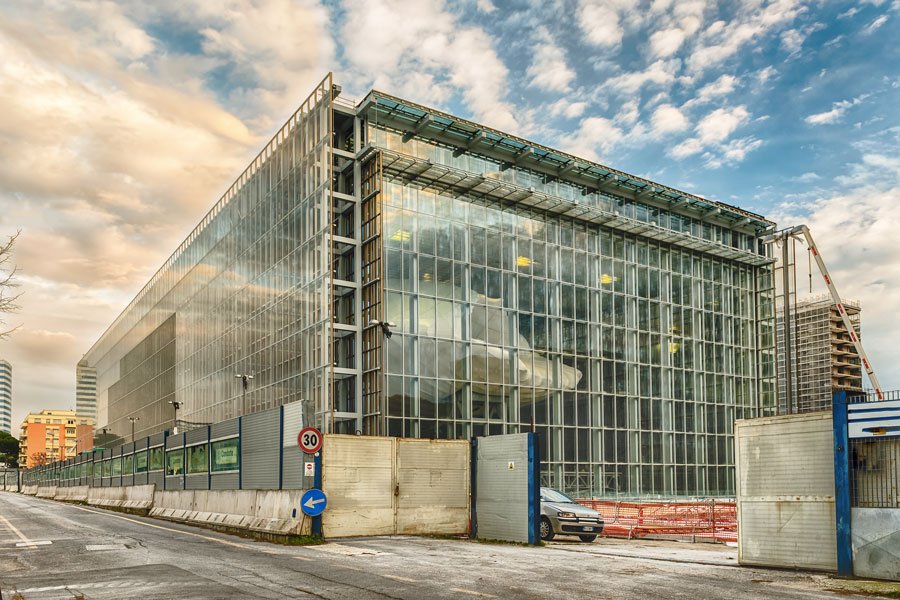