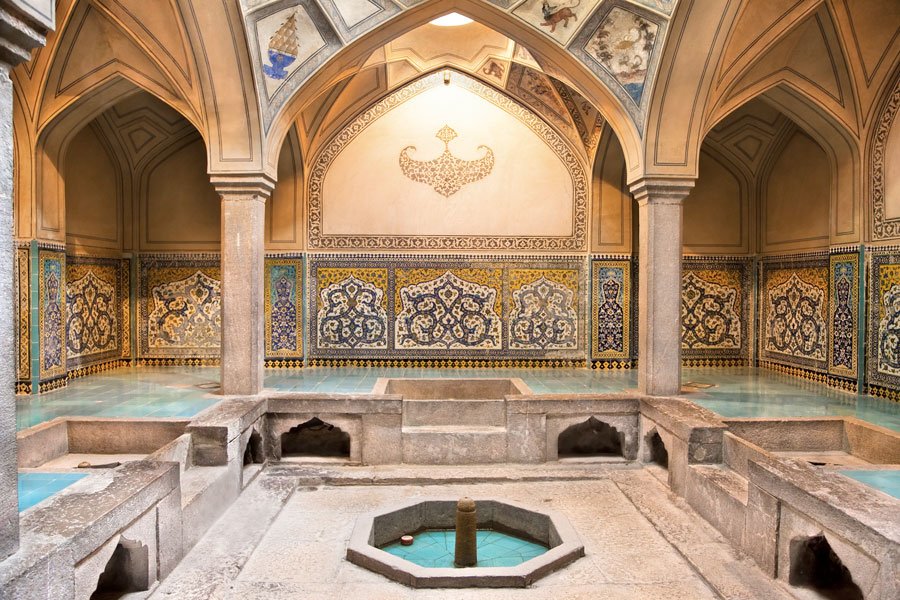 The hammam, also known as the Turkish bath, is an ancient hygienic ritual, practiced for both aesthetic and social reasons. The hammam combines the concept of beauty with wellbeing. The appeal of the Turkish bath has its ancient origins in Mediterranean populations which believed that steam baths invigorated and rejuvenated not only the body, but also the spirit. It was then imported to the far east and became a typical feminine practice, where women could meet and practice aesthetic and hygienic rituals, in a social environment that was both welcoming and elegant.

The practice is divided into four steps: cleaning, exfoliation, nourishment, and perfuming. The tradition requires that the four steps take place gradually at varying concentrations of steam and temperature. The tepidarium was a hot room that was slightly humid with temperatures around 36°. The tepidarium allows the body to relax and prepare for the next steps. The second step is the calidarium at 45° and 100% humidity – a room that is completely saturated with steam. 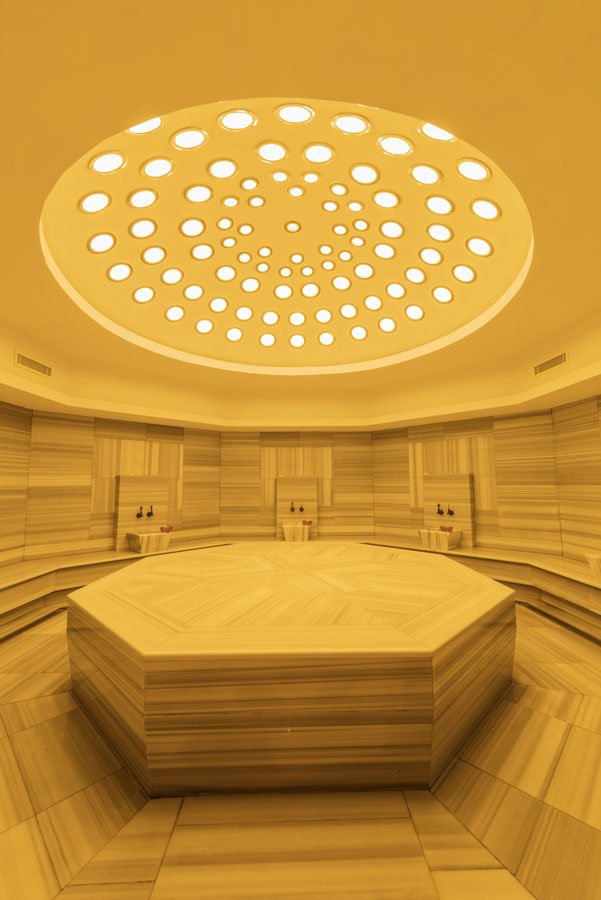 The temperature encourages sweating and eliminates toxins from the body, leaving the skin cleaner with greater elasticity. At the end, one should scrub one’s skin to eliminate impurities by quickly scrubbing the body with the traditional clean glove. After cleaning the skin, the next step is the frigidarium, a warm bath at 28° that has a toning effect on the body. This is the last step where the cool water closes one’s pores, tones the muscles, and energises the entire body.

THE LOUVRE PYRAMID
Scroll to top